In this article, Activity-Centered Design Methodology, we will discuss in detail what this type of design method is about, how it is utilized, and its goal and purpose.

This article will also discuss the following topics:

Table of Contents
What is an activity-centered approach?
The goal of activity-center design
Step 1: Define the users
Step 2: User analysis
Step 3: Design iteration
Activity focused design vs human centered design
Disadvantages of a human centered design
Appeals to a small number of users
Too focused on the user design aspect
Advantages of activity center or interaction design systems
Drawbacks of Activity-Centered Design
Has the tendency to overlook users from smaller market or group
Can result to lack of vision from designers
Designers can underestimate the users
Conclusion

What is an activity-centered approach?

The activity-focused design, or also called human centered design, is about the actions people need or want to take to reach a goal. When designing a light control app, for example, an activity-focused process will help identify and design the steps a user should do to connect the lights, switch them on and off, and so on.

There are several activity-focused systems when it comes to UX design, which include task analysis, jobs to be done, activity theory, and interaction design. Each of these design tasks provides a different way of understanding the problems, perform different insights or ideas, and may result in different design decisions.

However, each one has one thing in common, which centers in the activity, or on what people do and how they do it to achieve a task or goal.

The goal of activity-center design

Below are the steps that are expected in the human centered design:

The systems start by defining who the users are, which includes the users characteristics, demographics, preferences, ánd so on, including the users documents such as personas.

The users’ needs are analyzed through methods such as surveys, interviews, card sorting, and so on.

Finally, a design is created and iterated based on those wants and needs. The most important aspect of this type of design is to know your users. The goal is to create a way for users to complete tasks or activities in a way that is almost completely customized to their preferences, wants, and needs.

One of the central tenets of design thinking is attention to users’ needs. As user bases expand to include ever more diverse groups, building consumer products that adequately address all their needs becomes a greater challenge.

The human-centered design focuses on the user while an alternative model called activity center design targets the function products are designed to complete.

Disadvantages of a human centered design

Appeals to a small number of users

User center design has some disadvantages too based on several critics. which say that tailoring a product for a specific set of users is too niche and will make the design weaker and less usable for everyone else.

Too focused on the user design aspect

The user centered design also puts too much focus on the users, and not enough focus on the activity at hand. While it is important to listen to users in context, it is a good designer’s job to know when diverse user requests warrant further investigation, and when they are simply bells and whistles. Implementing unfiltered user suggestions can compromise or complicate the quality of the design.

When the product is built to accomplish an activity or set of activities well, users will learn to adapt to the product and the product will work for the majority of users.

Like in most methodologies, the interaction designs are continually iterated and improved based on feedback from users and personal experiences.

Referred to as the “activity theory” by Robert Hoekman Jr, who coined a document for identifying activities in a system called the activity grid, which outlines all of the activities and their subsidiary parts based on this theory.

One example of the Activity Theory can be seen below with the activity of listening to music in the car:

Regardless of the methodology chosen, it is important to remember to remain flexible. A design methodology is not a strict set of rules, but merely a guideline for creating a design. Each methodology will have its own strengths and weaknesses and no one method will be the sole contributor to success. It is up to the designer to iterate and improve not only their design but their chosen methodology. Each individual must create a balanced method that will work for them, based on the constraints and needs of the design challenges at hand. 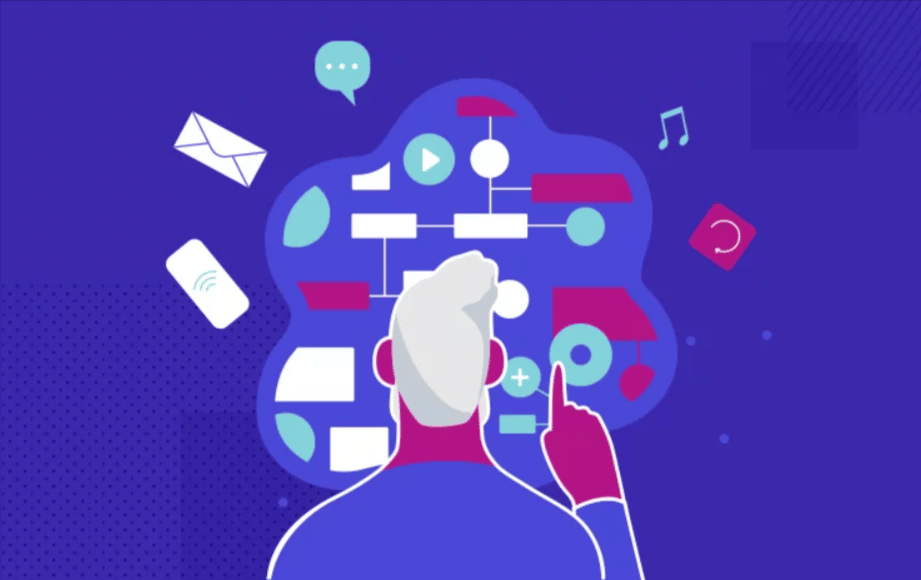 Has the tendency to overlook users from smaller market or group

Below are the 7 precepts of a universal or inclusive design:

The main idea behind these seven guidelines is to ensure designs make people’s lives easier and are available to everyone regardless of background, former knowledge, or physical and mental capability.

When you focus on the activity, it’s all too easy to lose sight of people from smaller or just underrepresented groups.

Can result to lack of vision from designers

Shortsightedness and lack of vision on the part of designers can also negatively impact the appeal and effectiveness of the activity centered design. The tools developed by designers can fundamentally change the activity they’re meant to help with. If the designers don’t foresee the potential for change in the activity, then their solutions are very likely to have limited applicability.

Designers can underestimate the users

In the same case, designers can underestimate or essentialize users in the activity centered design process.

The solution to both problems above is similar: leave open the possibility for the user or the activity to change and make sure you have metrics in place so that you can recognize when it does.

Sometimes the users and other people involved in the activity are the ones trailblazing. Other times, innovation arises organically as new tools or new ways to use existing tools are invented according to their attributes.

So which one of these approaches should be used? Acitivity focused or user focused design process? Is there some kind of test that will tell you for sure when to use user-centered design or activity-centered design? In this case, there’s no definitive answer that covers every scenario – creatives should be prepared to use both.

To summarize, in activity focused design, the core unit of analysis is activity or what people do and how they do it to achieve a goal. This includes the four main steps below:

Remember, that framing is important since it changes the way we think about design and ultimately how we actually do design.